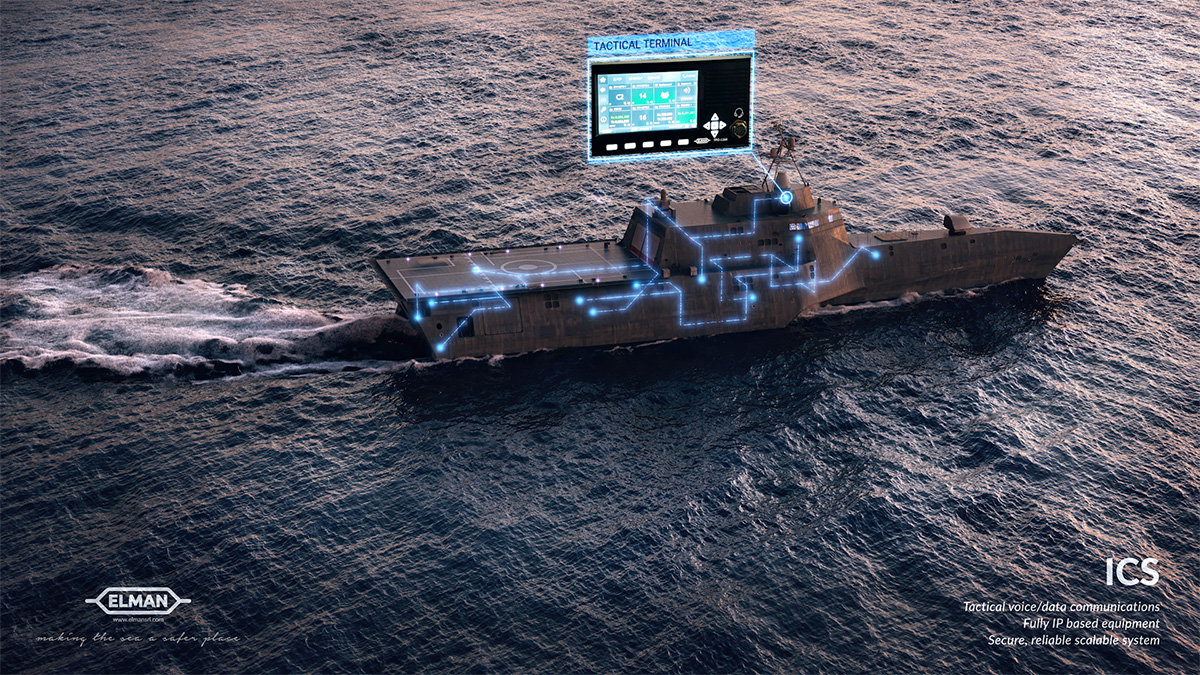 The on-board Communications Centralization System or Integrated Communication System (ICS) developed by ELMAN is a distributed system, based on VoIP technology and created for a specific application on Naval Units of the Navy and other armed forces.

The system offers the following services:

– external communications between VoIP terminals and users of a PABX network

For external communications, the system is able to connect the operator to the available radio devices.

The system consists of the following elements: