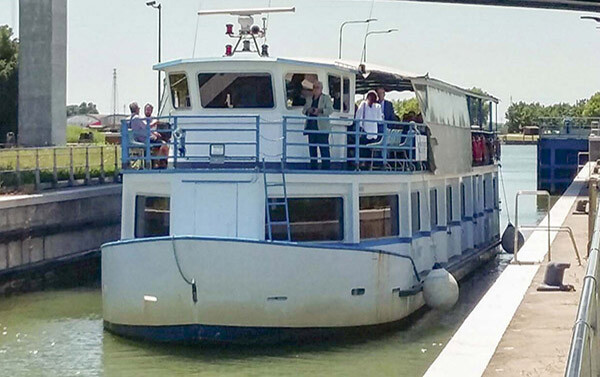 RIS II (River Information Services) Italy, created by ELMAN, presented in Chioggia.
The system offers river information services for the national waterway network, at the forefront in Europe thanks to the interconnection with maritime systems and the availability of a mobile app that makes the services available even for the smallest class boats.
The system is available to all operators who can thus plan a trip with certain times and in a safe way.
The smartphone application allows you to view the route, the other boats present and the obstacles, know the opening times of the navigation locks, book the passage and receive in real time the warnings to mariners issued by the RIS Authority (Sistemi Territoriali and AIPo ).
The RIS system allows the management of traffic and transport of the national waterway system and was created with reference to the European directive 44/2005 and its subsequent implementations. The Italian RIS II is thus perfectly in line with the RIS adopted in all other European nations involved in river navigation.
The area of ​​interest for the national RIS, in the phase II version, is substantially the Po River Basin in its navigable part (the system covers it up to Pavia), the Ferrara’s waterway, the Fissero-Tartaro-Canalbianco waterway, up to the Venetian lagoon, including the coastal area from Ravenna to Trieste.