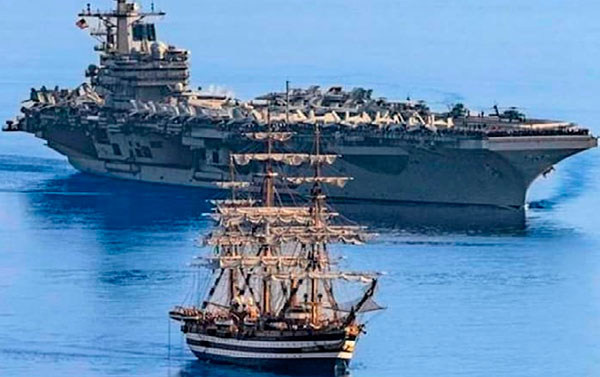 “An extraordinary encounter in the waters of the Adriatic.

On the one hand, a sailing ship, with the poetry of navigation. On the other, a nuclear aircraft carrier, with the power of technology. But it was the US aircraft carrier H. W. Bush who recognized the timeless charm of the Amerigo Vespucci: “You are the most beautiful ship in the world”. The video reproduces the radio communication between the two units. Surprisingly, the commander of the US Navy asks: “Are you the same ship that met the aircraft carrier Independence in 1962?”. And to the affirmative answer, David-Tavis Pollard asks: “Are you still in service after sixty years?”. Captain Massimiliano Siragusa proudly replies: “We are the oldest ship in service in the world”. At that point, the tribute came from the aircraft carrier: “After 60 years, you are still the most beautiful ship in the world”.

The meeting took place on September 1st while the Vespucci was sailing between Manfredonia and Taranto. H. W. Bush arrived in the Mediterranean a few days ago: she is the flagship of the US fleet committed to supporting the allies on the southern front of NATO. “

Elman is proud to point out that the device through which communication takes place on board the Vespucci is its TM-1069, fully functional after well over 20 years of activity. 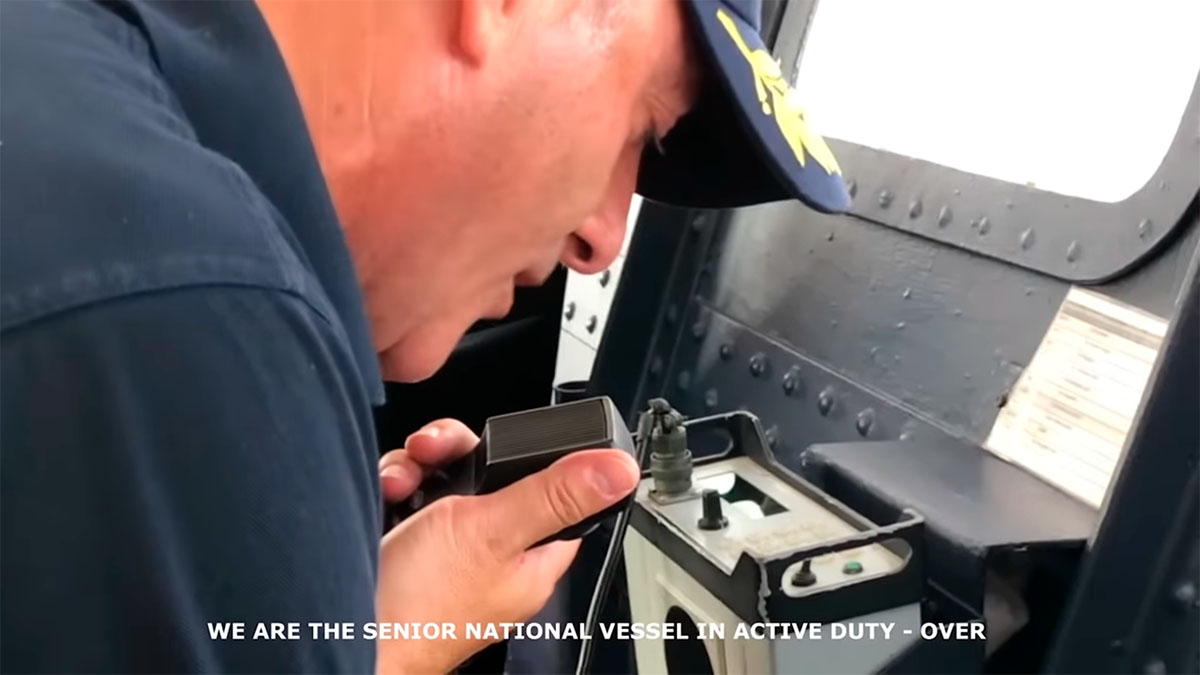